Net neutrality: what is it and why should you care? 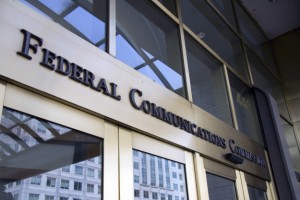 An ongoing legal case in the US has the potential to impact the way you use the internet.  The battle surrounds the concept of net neutrality, but what is net neutrality and why should we care about it?

Net neutrality, as the name suggests, in the concept that everything online should be treated equally, regardless of who is providing the content. In short, whatever you are looking at online and whoever is providing it, your ISP should treat it exactly the same.

To give an example; let’s say you want to watch a video online and you can choose between a well-known provider and a far smaller, unheard of video streaming company. Net neutrality denotes that both content providers should have equal service from ISPs.  Without net neutrality, the experience you receive could be quite different.

Why are people arguing about it?

As you might expect there are some strongly held opinions about net neutrality and the extent to which governments should be involved.  In the US, the Federal Communications Commission has now classified high-speed broadband as a communications service, which gives it a great deal of power to decide if the service providers are operating fairly. In essence, this strips the service providers of their power to differentiate between different types of Internet traffic.

Unsurprisingly enough, the ISPs themselves are less than thrilled about this development and have already started work to appeal the FCC’s decision. Their main argument is that the FCC’s regulation will stifle innovation and development of their services and that they have overstepped the mark and will trigger ongoing litigation which will hinder the overall service provided to the end-users.

What about here in the UK?

It would seem we’re currently a way behind the US in terms of having enforceable rules. The EU’s telecom council have recently submitted a proposal that left nobody impressed. Their proposal included the idea of “specialised services” which would essentially leave the door open for sponsored content (the idea that content providers could pay ISPs to have their content given preferential treatment). Consumer groups have roundly rejected that idea.

Is it really that important?

Potentially, yes. Consider the impact of a tiered internet upon small business or those businesses looking to launch.  If you’re trying to enter a market with a number of established big companies dominating it, then online is one of the best ways to get your name out there. If these big companies sponsor all their content (e.g. their website) the experience they give their users online will be better straight away.  When you then consider that site speed is just one of the factors Google uses to rank websites in their search results, you can start to see the impact a tiered internet can have.

We’d be interested to hear your views on net neutrality, whether you’re for it or against it.